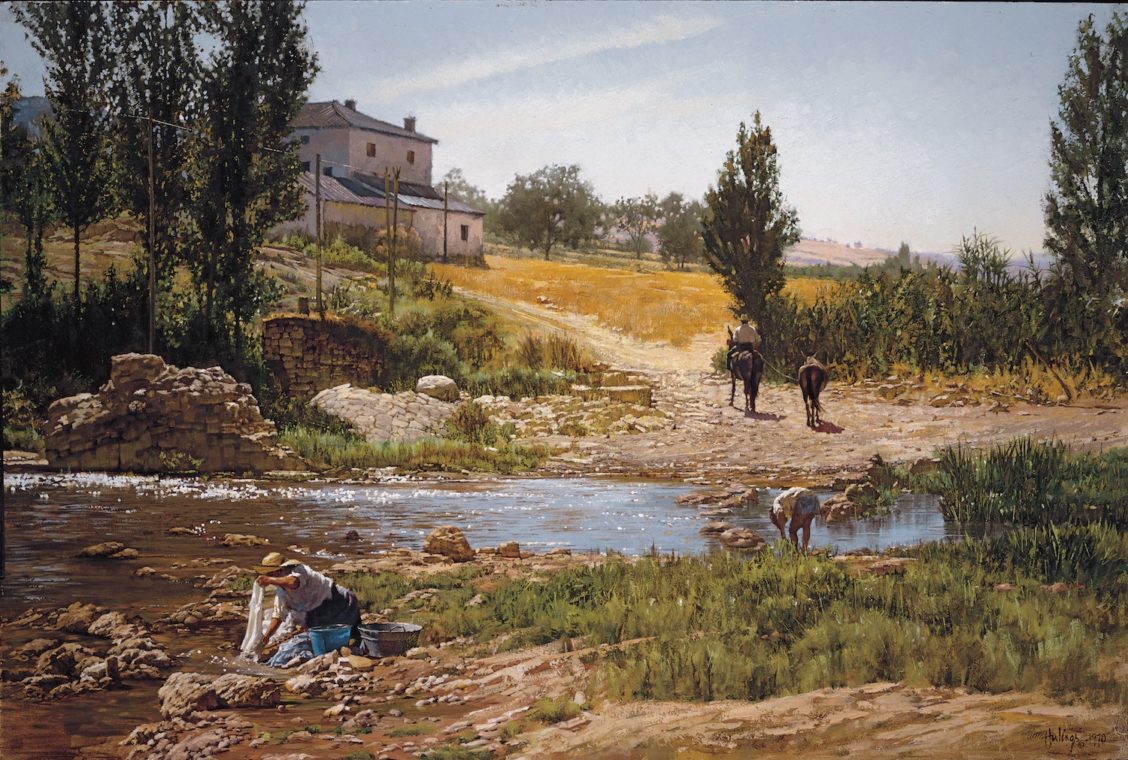 “I have a very vivid memory of being carried into fairly rough surf by a local fisherman, because I was demanding to be allowed into the water, and my mother was concerned about the waves.”

When I was three, my parents and I packed our bags and headed to Southern Spain. We rented a tiny apartment in the Costa Del Sol town of Nerja, at the beginning of the summer, and spent months there. I remember my father heading out early in the morning in a pelotilla, a rented Seat 600, to scour the countryside for things to paint. The pelotilla was ubiquitous in Spain at that time. It got its nickname of “little ball” from its shape. 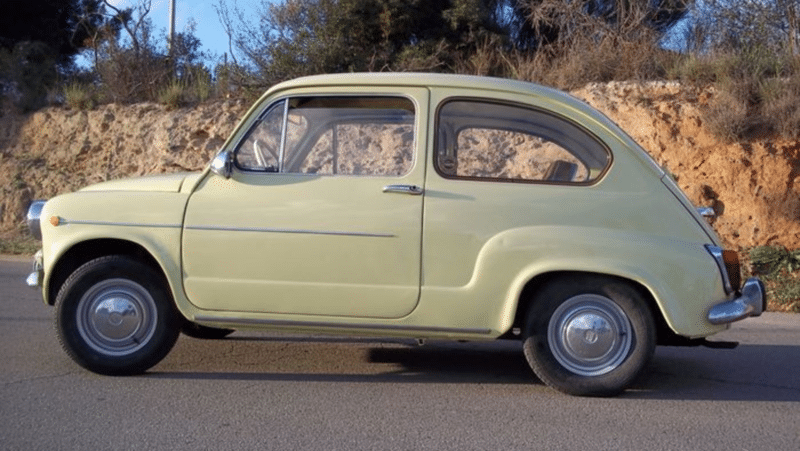 My mother and I would walk to the market, or head to the beach. I have a very vivid memory of being carried into fairly rough surf by a local fisherman, because I was demanding to be allowed into the water, and my mother was concerned about the waves. My memory is of having the time of my life that day!

My father produced an incredible amount of work during this trip, and over the following years from the source material he gathered. Noonday Andalucia is but one example. In 1970 Franco still had an iron-clad grip on Spain, and this scene was absolutely typical. Here’s what my father wrote about it in A Gallery of Paintings:

“This woman has never had a debate with an architect over the best place for the laundry room – whether it should be in the bedroom area where most of the dirty clothes come from, or near the kitchen where the machines can be tended while meals are prepared. She would be content to have a cold-water tap and a washtub and a scrub board outside her back door. She would still have to work her aching shoulders and rub her fingers sore and she would still have to hang up clothes to dry. But she wouldn’t have to haul a large bundle of laundry and two pails down the hill to the stream and cart the heavy wet things back again.”

Shooting from the Hip

“It is unusual to see her out in the midday sun. You would expect her to perform such chores in the coolness of the early morning, and then she would not have to work alone. In Spain, clothes-smacking on the rocks is not a solitary activity but rather a social event. Often there is a communal washhouse through which a stream is directed with convenient hip-level scrub boards. Listening to the good-natured bantering, the giggling and gossipy conversation that goes on, one almost feels sorry for the isolated suburbanite standing there pushing buttons.”

I’m not sure I agree about preferring hard labor and hot sun to a cool laundry room, but I certainly take his point about the value of shared experience and connection to other living things. Those are the point of life, after all, and my father’s mission was always to remind us of that.

Here’s another example of communal laundry, this time from France: