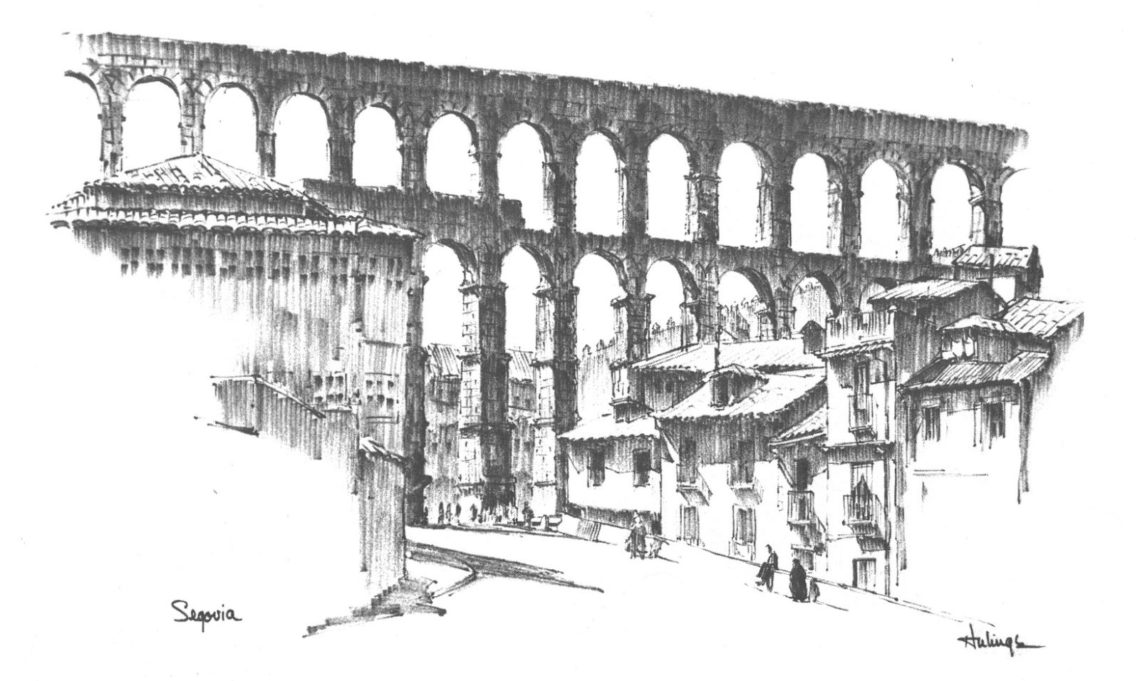 A Bridge to Segovia

“My father was quite fond of this drawing. I don’t know if he was simply nostalgic about it, or if he found it useful to refer back to it…”

Here’s an iconic image of Segovia’s majestic aqueduct. Built by the Romans in the second half of the 1st century AD using almost no mortar, this amazing construction follows the contours of the land for eight and half miles and stands at over 100 feet in its tallest sections. It is one of Europe’s most intact Roman aqueducts. Spaniards were using the water it carried to them from the Rio Frió until well into the 20th Century.

I have walked under this aqueduct with my father and mother a couple of times, and can attest to its grandeur. However, my father did not complete this drawing when we were all there together. He did it much earlier, in March, 1959. He had spent 1958 living outside of Florence, Italy. In the early spring of 1959 he set out in his Opel to tour Spain, drawing and painting along the way, as always. It was his first trip to Spain since he had lived there as a child.

My father was quite fond of this drawing. I don’t know if he was simply nostalgic about it, or if he found it useful to refer back to it when confronting a new complex architectural puzzle, but he framed it and displayed it on the wall of his studio, where it remains to this day. He also had prints made of it which still turn up from time to time. Maybe you have one of them?