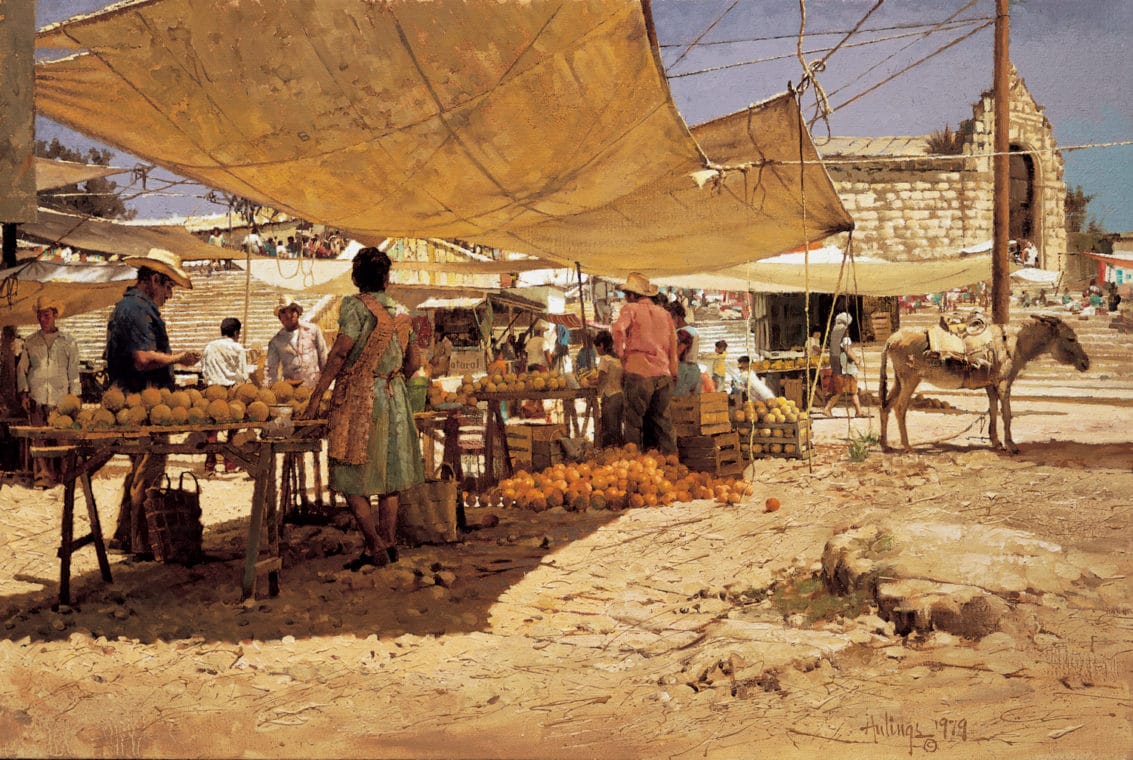 When It Rains It Pours

This piece was originally written in February 2017 after the Oaxaca earthquake; it’s even more painfully relevant in September 2017 after the recent earthquakes have caused devastating destruction and loss of life. Our hearts, as always, are with the people of Mexico.

When I was ten years old I went with my parents on a three-week trip to Oaxaca, in southern Mexico. We were originally supposed to continue south to San Cristobal de las Casas, in the state of Chiapas, but I got strep throat so we had to stay put. This turned out to be a stroke of luck, because the towns circling the city of Oaxaca proved to be rich fodder for my Dad — he got an amazing amount of material of all kinds, from which he created some of his most important paintings.

When we first arrived, before I became ill, we all headed out in the car on a scouting mission. They were in the midst of a terrible drought, which was very apparent, and was taking its toll. The people were hurting, and so was the landscape. I remember driving down a road with a median (not so common in those days), keeping our eyes peeled as usual for likely things to paint, when all of a sudden it began to rain — hard. The sun was still shining brightly, and there was not a cloud in the sky, but big drops were pelting our car. Baffled, we proceeded with caution, and a little further along, we discovered the source of the deluge: a giant geyser.

Water was shooting more than thirty feet into the air, and people were swimming in the pool being created underneath it. We pulled over to marvel and learned that the owner of that property had been digging a new well several days earlier and had hit it. It had been gushing every since. We marveled at the apparent resolution to the dry conditions and joked about how that well digger had found a new career, but the people didn’t smile. The water was salted.

There in the middle of the continent, more than 150 miles from the ocean, this geyser was creating an inland sea, a salt lake that was ruining what crops the drought had not already killed.

I will never forget that experience: watching those people laughing and swimming in that water that was destroying their livelihood. It never fails to snap my life into perspective, and make me appreciate all I have.