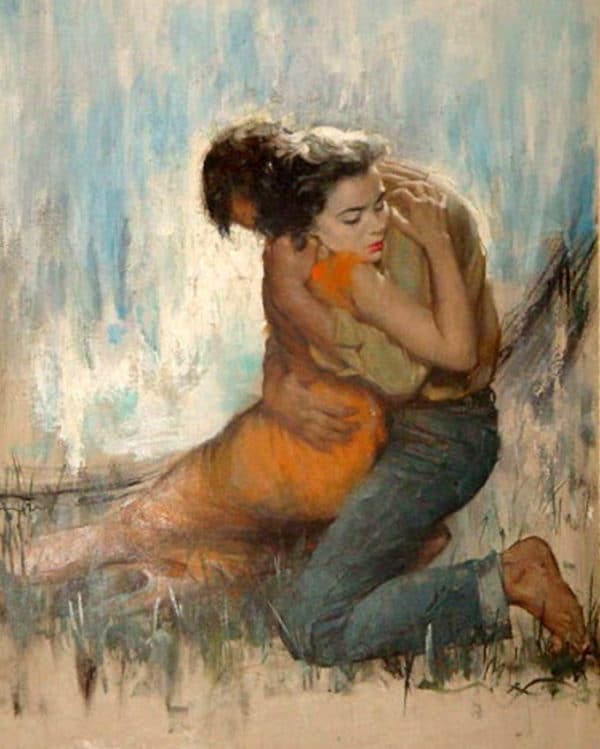 “Their Lives Were a Whirlwind of Greed, Passion and Violence.”

Cropper’s Cabin is not everyone’s favorite Jim Thompson novel. It is a real departure from his other dozens of novels, which is a disappointment to his fans, who want every one of his books to be like The Grifters. Thompson is revered for his tough crime fiction, a thriller writer’s thriller writer. For example: “My favorite crime novelist — often imitated but never duplicated.” — Stephen King.

While this book is not typical of Thompson’s oeuvre, it is in some ways quite important. It’s a rural “Okie Noir” tale that drives its point home. The fact that Thompson undertook it, after Steinbeck and Caldwell had already put forth their tours de force, is kind of remarkable in and of itself, and Thompson holds his own with them. In fact, Cropper’s Cabin has a more modern sensibility, as far as I’m concerned. Many of the characters are Native American, and Thompson addresses race relations directly — unusual for 1952.

This “dime store Dostoevsky” (as another writer, Geoffrey O’Brien calls him) was not well-known until after his death. And, of course, art directors have always known what sells pulp novels, no matter how famous the author or how bleak the actual subject matter, hence the racy cover by my father for the 1958 Pyramid edition.