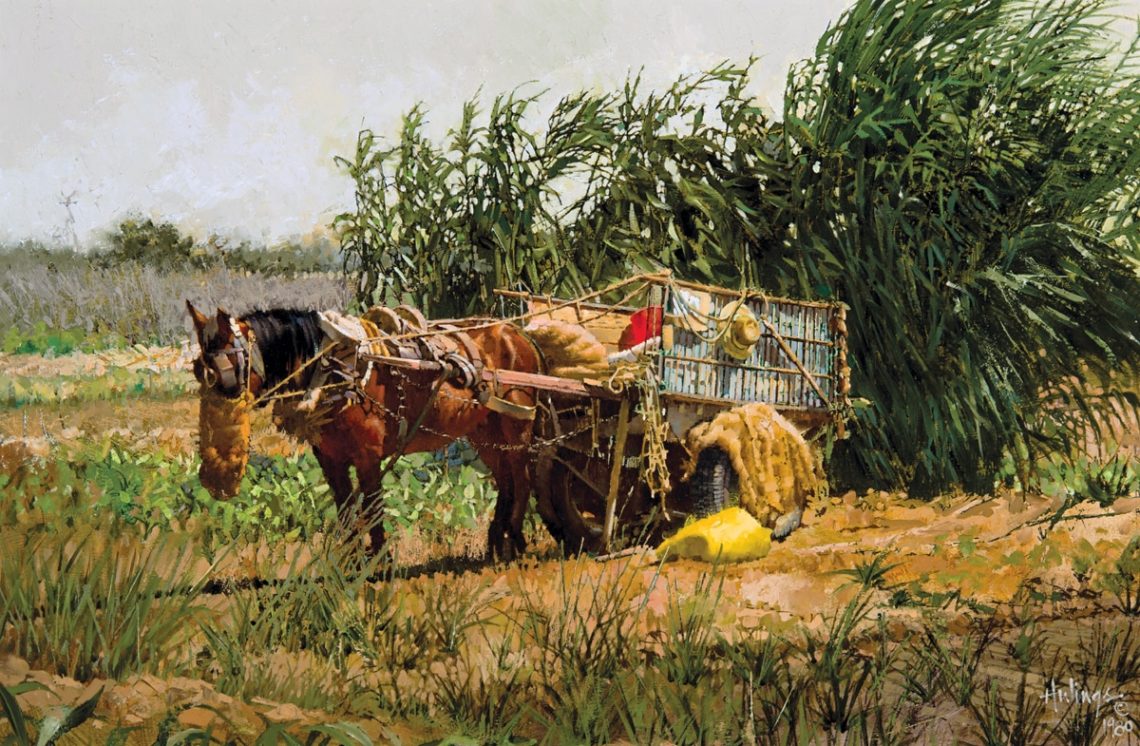 UPDATE; This early Painting of Spain went through auction in Scottsdale on April 8 with a hammer price right above the middle of the estimated range. Couldn’t have happened to a nicer donkey.

Rice has been grown in the East-Central region of the Iberian Peninsula for over 1,000 years. Everyone associates Spain and paella, but how many of you think about the vast expanses of rice fields where they grow the medium grained Bomba rice that is used to make the iconic dish?

Today, the Albufera lagoon and wetlands South of Valencia have been designated a national park, although 250 million pounds of rice are still grown there. This painting is from that region.

When my father was four years old, he and his sister went to live with their father and new stepmother in Valencia, Spain. The years spent there had a deep impact on him — he returned to Spain repeatedly throughout his life, and painted it over and over again.

We spent the spring and summer of 1974 in Spain, mostly in a little apartment in a town on the coast south of Granada, from which my father would head out each morning in a beat-up VW bug to scour the country for subject matter, and to paint en plein air.

Before heading South, however, we visited my step-grandmother’s family in Valencia. The material for this painting was gathered on our drive South along the Costa Bianca. My favorite detail of this picture is the straw hat attached to the side of the wagon. It makes me wonder where the owner of the hat is. The other thing I wonder is if the mule is eating rice!

Mule In Rice Paddies is a terrific example of the work my father was putting out during his most prolific decade. It will be up for sale at the Scottsdale Art Auction  on April 8, so check it out, if you’d like to bid on it.