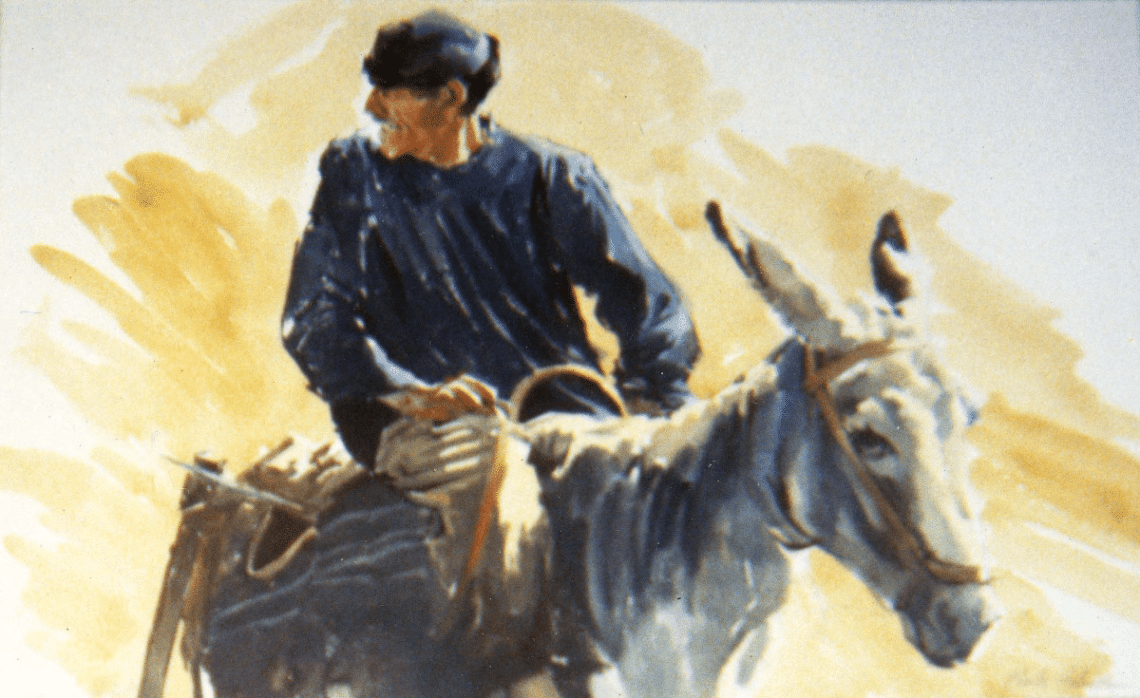 This watercolor certainly appears to be of a Balkan man and donkey. It appeared in my father’s first and only all-watercolor one-man show, in Tulsa, Oklahoma, in 1964. Aside from the figure’s dress and hat, most of the watercolor works from this show were painted in 1959 and 1960, when my father was traveling through the former Yugoslavia and the Levant.

The vast majority of the watercolors my father painted during his travels were done from life, on paper. This work is unusual because there is no way this subject posed like that for long. It makes me wonder if, in fact, my father referenced a photograph he had taken when painting it, or if he started it and then finished it from memory. The background is so loose, though, that it really does seem like an on-the-spot work.

Unfortunately, the only records I have from this show are in the form of snapshots taken of the walls, most of them with more than one picture, at all kinds of crazy angles, out of focus, crooked, etc. I harvested this image from one of those snapshots by scanning it and then working on it in Photoshop. This is as good as it will get.

Obviously, I’d love to have a better image, and to know where this little gem resides today. Meanwhile, I have to content myself to wonder what the man was looking at, and where he was headed.