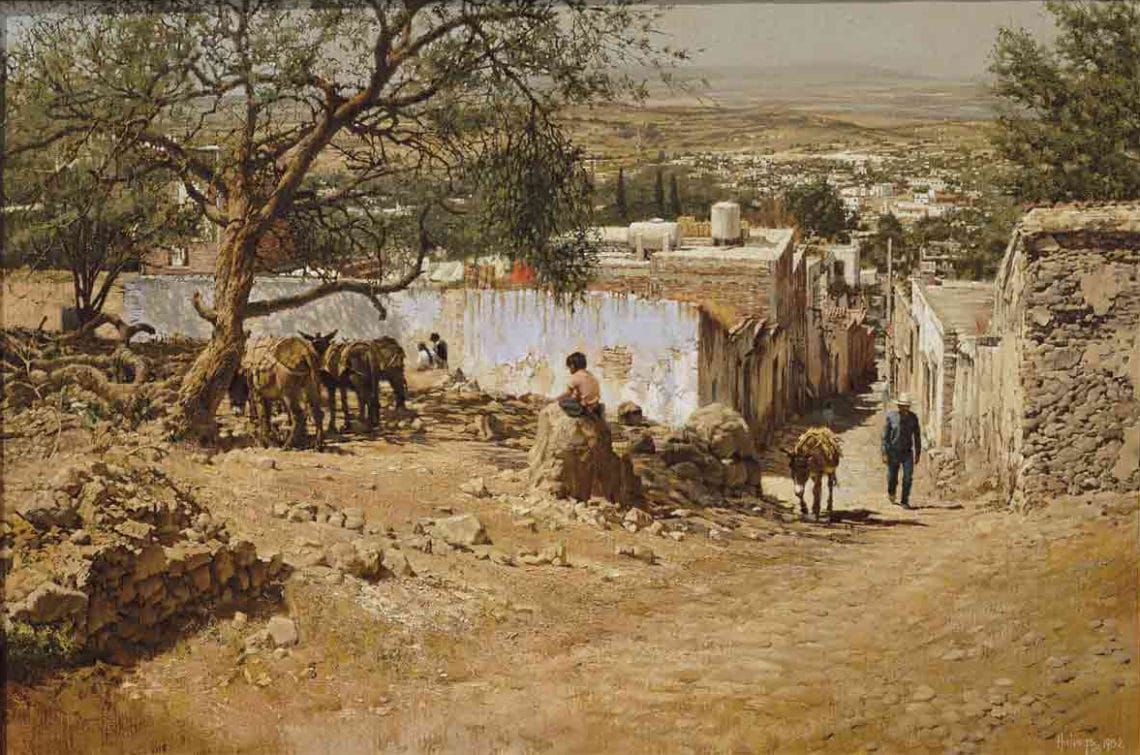 “In places where there are open markets in the middle of town, there is no room for the donkeys, so they are left in what I call ‘donkey parking lots’ somewhere on the outskirts.”

In the week following Thanksgiving, we’re shaking off the dust and getting back to work. This scene at the end of a long work day is set in San Miguel de Allende, Mexico.

At the End of the Day

As the man in blue with the hat leans into his climb up the hill, you can almost feel the physical fatigue of his last few steps after a day at market. Classic Hulings composition elements include the visual pull of the lane down the hill into town, balanced against the modernist accent of red almost in the center of the painting. That bright piece of laundry keeps our eye returning to the quieter part of the scene: the boy and the donkeys on the left.

Hulings explains: “In places where there are open markets in the middle of town, there is no room for the donkeys, so they are left in what I call ‘donkey parking lots’ somewhere on the outskirts. This lot is high above the city of San Miguel and the picture is called The Guardian because the little boy has been charged with guarding these valuable family possessions.” — A Gallery of Paintings by Clark Hulings

A Magnet for Veteran Artists

The wave of international art students who migrated to San Miguel after WWII were primarily former soldiers funded by the GI Bill, drawn to the beautiful architecture and visual arts schools such as the Instituto Allende and the Escuela de Bellas Artes. Still boasting cobblestone streets and original colonial buildings, the area is now home to a lively mix of locals and ex-pat artists, retirees, and writers. San Miguel was awarded Best City in the World by Travel + Leisure in 2017.