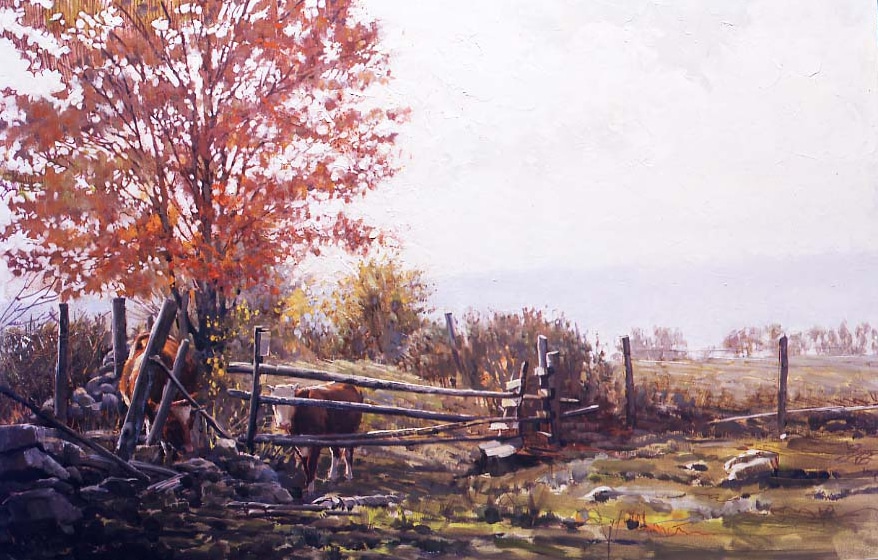 The Art of Painting

The great editor and illustrator, Walter Brooks, was a good friend of my father’s. They really hummed on the same frequency. Walter and Lois lived just down the street from us in Connecticut when I was a child (I remember my mother cooking the Blue Lake Beans Lois had grown in her garden. They all raved about them. My three-year-old self didn’t see their appeal.) In the 1960s Walter produced a whole series of art instruction books that were published by M. Grumbacher Inc. He wrote, illustrated and edited them, and he tapped his network of fellow artists for help. My father worked with him on The Art of Landscape Painting, contributing examples in oil and watercolor.

The series was billed as: “HOW-TO-DO-IT Lessons in painting planned and illustrated by professional artists.” As you can see below, these four oil paintings depict different stages of development of Hulings painting an autumn meadow: 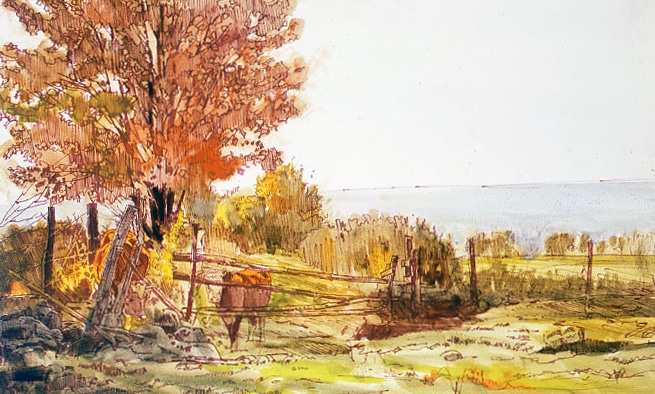 You can see the canvas wash preparation, the underdrawing, and the layers of oil paint applied. 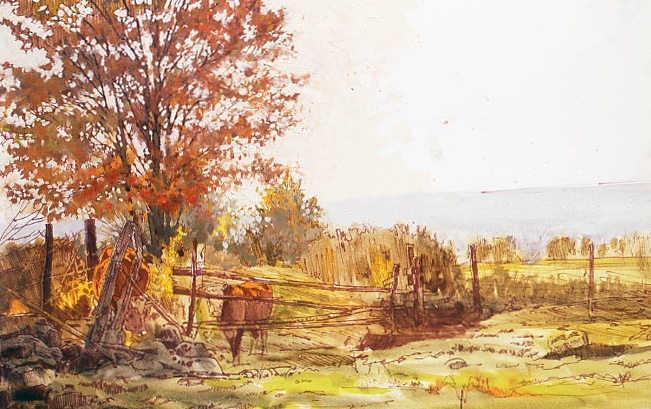 This is as close as my father ever got to demonstrating his technique. As a matter of fact, I believe that only Walter Brooks could have gotten him to do this at all, because he hated to have anyone watch him work, or to display any works in progress. I think it was partly superstition — what if the whole project went south later and he had to put a razor blade through it? My father didn’t even like for my mother and me to see what he was working on, except in the rare instance that he needed another opinion about bits of subject matter (“should I put that dog in or just leave the flower pots?”). 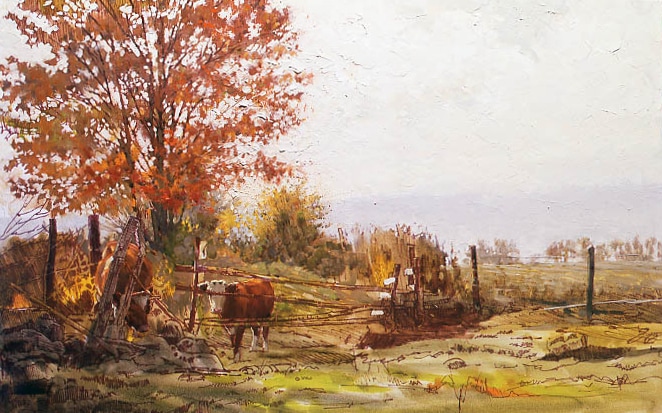 He never wanted reviews of technique, or to reveal his process! On a few occasions when he was really having trouble with something he did seek the counsel of a fellow artist, but they were few and far between.

I have no idea what happened to the final Autumn Meadow. I suspect there never was a final product, or that, if he did finish the picture, it never made it out of his studio. He would have felt that everyone was critiquing the painting from the perspective of the “HOW-TO-DO-IT” stages of its development, and he would have hated that.

A couple of decades later, my father and Walter Brooks collaborated on another project, edited by Walter Brooks. It was printed in hard cover in 1986, and is now out of print. We did a 20th anniversary, soft-cover edition with Paula Mele editing to fit the new format, revisions and new additions. That is still available today. I did recently discover three of the 1986 special edition, leather-bound books as I was looking for something else in my father’s studio. If you’d like to know more about those, please write to me.

Meanwhile, I hope your Autumn is as tranquil as these studies!