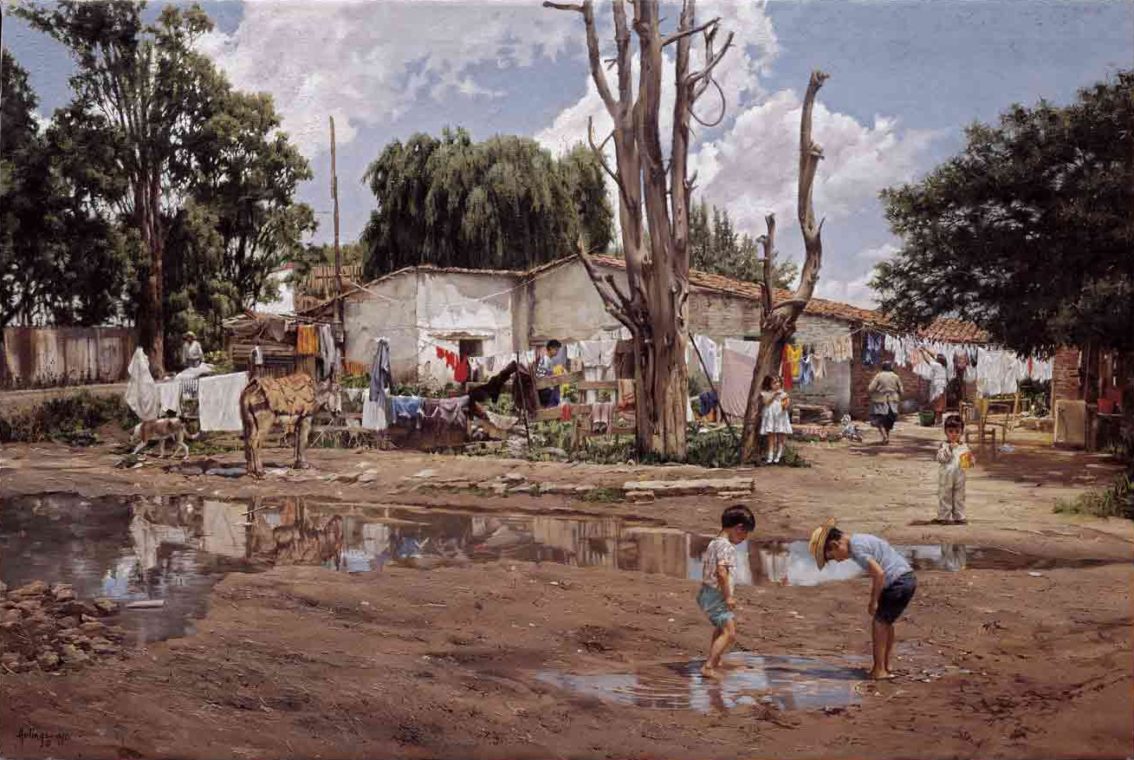 Happy New Year! I hope you find some time to play with your friends.

It was the fall of 1990 and my mother, my father and I were driving through central Mexico. I had graduated from college the previous spring, and had determined that I would go and live in Mexico, teach English and study Spanish. I was taking the trip to evaluate a couple of options for doing this, one in Cuernavaca, and one in Morelia. My father was not about to miss an opportunity to hunt for painting material in those parts again – they had been so fruitful in the 60’s, 70’s, and 80’s, why not the 90’s? — And my mother was not about to let either of us wander around Mexico without a chaperone; so all three of us flew to Mexico City, rented a car, and started driving.

We had stayed the previous night in Cuernavaca, and the hotel staff had packed us picnic lunches that included one of the best sandwiches I’ve ever eaten. It’s funny to mention a sandwich in the middle of this description, but that’s how terrific it was! At lunchtime, we parked under a tree on the side of the road to eat. But instead of opening his lunch, my father immediately got out and headed back to check out something he had seen. He had a hunch it was potential subject matter. He was right: it was this scene.

Our pit stop turned into an afternoon sojourn, but the scene was certainly worth it. We did manage to make it to our destination before dark – driving on Mexican country roads at night is never advisable – and in the end I chose to go to Morelia, where I lived and worked and studied at Instituto Baden Powell, which had been founded by an eagle scout.

The two little boys were not actually there at all. My father was known for stealing elements from one place and inserting them into another. He called his cobbled-together compositions “recipes”. Well, this recipe included two little boys from Taos, New Mexico who were making the most of a puddle leftover from earlier rain. Puddles are puddles, parents are parents, and boys are boys.