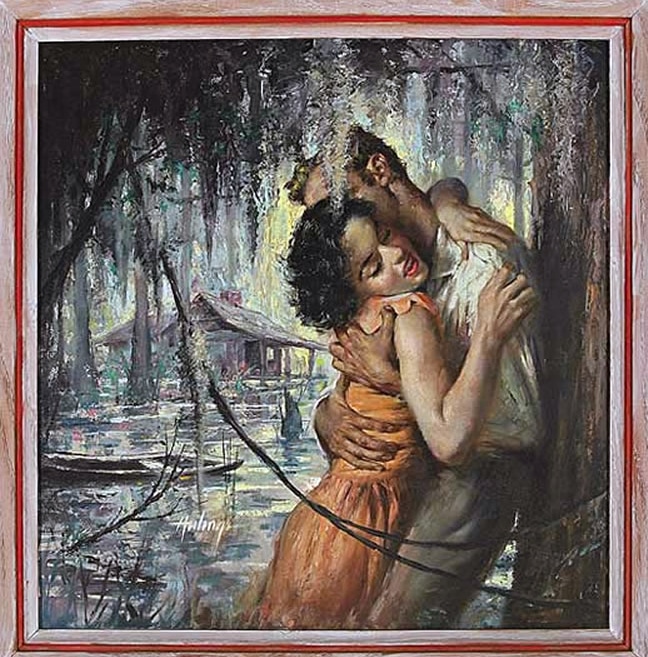 In 1952 my father left art school and started trying to get commercial illustration work in New York. He would traipse from one publishing house to the next, portfolio in hand. At each art director’s office a receptionist would tell him to leave the portfolio and come back in an hour or two. Invariably, when he returned, the receptionist would thank him, and explain that they were not looking for any new artists.

After a while my father began to place a string strategically in the portfolio, so he would know if it had been opened at all – and almost always it was returned to him completely undisturbed. This kind of repeated rejection is demoralizing, to say the least, and financially draining as well. My father had two roommates at that time, and he often ate nothing but vegetables for dinner – a plate of peas was a good option in those post-war, pre-prepared food world.

One day, he was making the rounds, and left his portfolio with the receptionist of an art director he had not visited before. When he returned to pick it up, she said, “He’ll see you,” and ushered him into the inner office! The art director sat him down and explained, “I don’t really need any additional illustrators, and you’re not really any better than the ones I’ve already got working here, but I grew up in Hulings, Texas, and I guess I”m a little bit superstitious. I’ll hire you for a job and see how it goes.”

My father did numerous book covers for that publishing house. It jump- started that phase of his career and enabled him to start saving for his eventual shift to easel painting. This work, Benton’s Row by Frank Yerby (Cardinal Books, 1953) is not necessarily one of the ones he did for that art director. It is an early one, though, for which I have images of both original and the front and back covers.