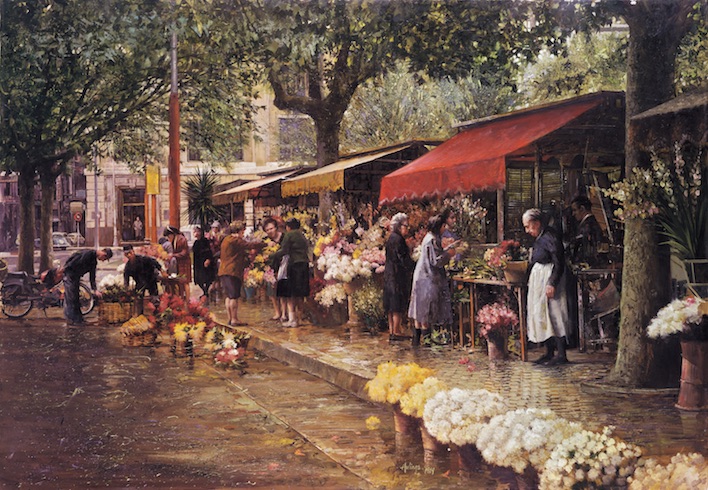 Valencia, Spain was an early childhood home for Hulings, and he has many works set there. Old Lady in Black-Valencia was painted in 1969, the year after a solo show at Grand Central Galleries in New York. Here we see the activity of an Iberian flower market in full swing, even after a heavy rain. It’s always interesting to look carefully at a Hulings painting and see where his semi-secret abstract sensibilities are revealing themselves: here it’s in the bottom left corner where the wet pavement is strewn with non-figurative elements that suggest cast-off petals and leaves.

From Valencia to Scottsdale

This classic European market scene and its no-nonsense protagonist caught the eye of a lucky collector at the Scottsdale Art Auction April 9th & 10th, 2021, and had a successful sale. Congratulations!