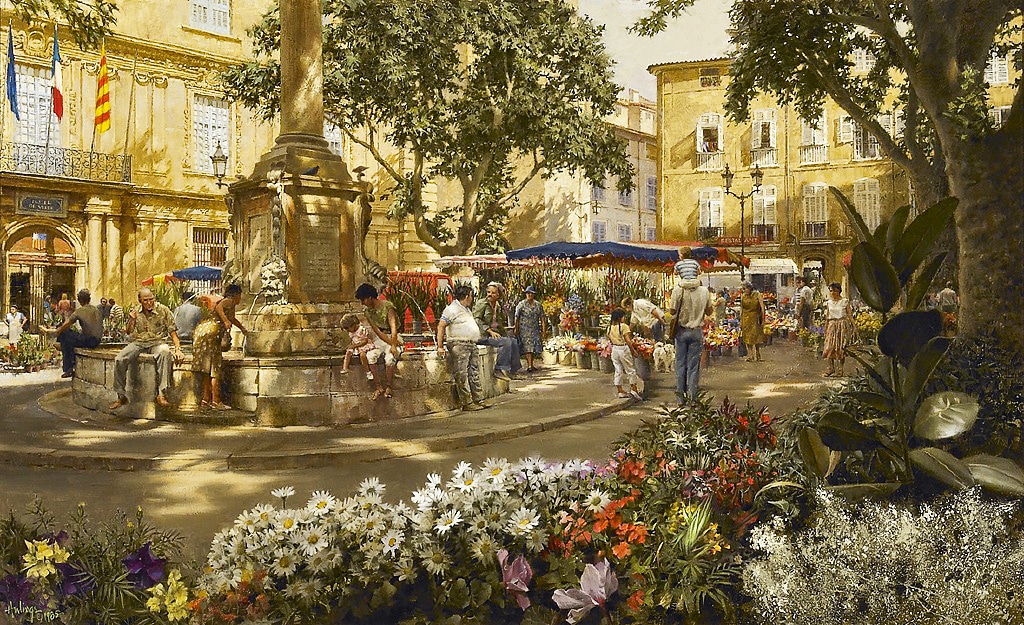 When I was 16 we spent the entire summer in Europe. This was not completely unusual, because we would often spend chunks of time traipsing around foreign barnyards and villages whenever I had time off from school (and sometimes when I didn’t!). But three months straight was a long trip, even for the Hulings’ family. The reason for the trip was also different: my father was writing a book. He knew that, were he near his studio, he would be unable to resist the urge to paint. So we packed up and went far away. Of course, he still had his camera, and it’s possible to purchase canvas and paints in Europe, so he did give in, chase subject matter, and sit on a stool in some fields to create plein air sketches. But he also managed to write most of the copy for A Gallery of Paintings over the course of that summer. I remember him dictating into a little hand-held tape recorder, and scribbling (although I don’t know if I should ever use the word scribble to describe his remarkable handwriting) notes on yellow legal pads while listening to the Brandenburg Concertos. That was the music of choice, for some reason.

We started in Southern Italy, spending a month just south of Naples. Then we moved to Aix-en-Provence in Southern France. In Italy I found a boyfriend who drove me all over the place on his motorcycle (I can’t believe my parents allowed that, actually). We also had a stream of friends coming and going. In France my mother and I took classes at the university where I found a friend with whom I went to Jimmy Cliff concerts.

Aix is a beautiful city with squares awash in sunlight and greenery — exactly like this painting. My father created several works from this particular scene, with different people, different kinds of markets, at different times of day, etc. This one is my favorite, though, because of all the flowers in the foreground. They provide such a lovely contrast to all the architecture and movement behind them. Classic Hulings.

This painting is available through Morris Fine Arts. If you love it, this is your chance to acquire the original. Just send us a note for more information.