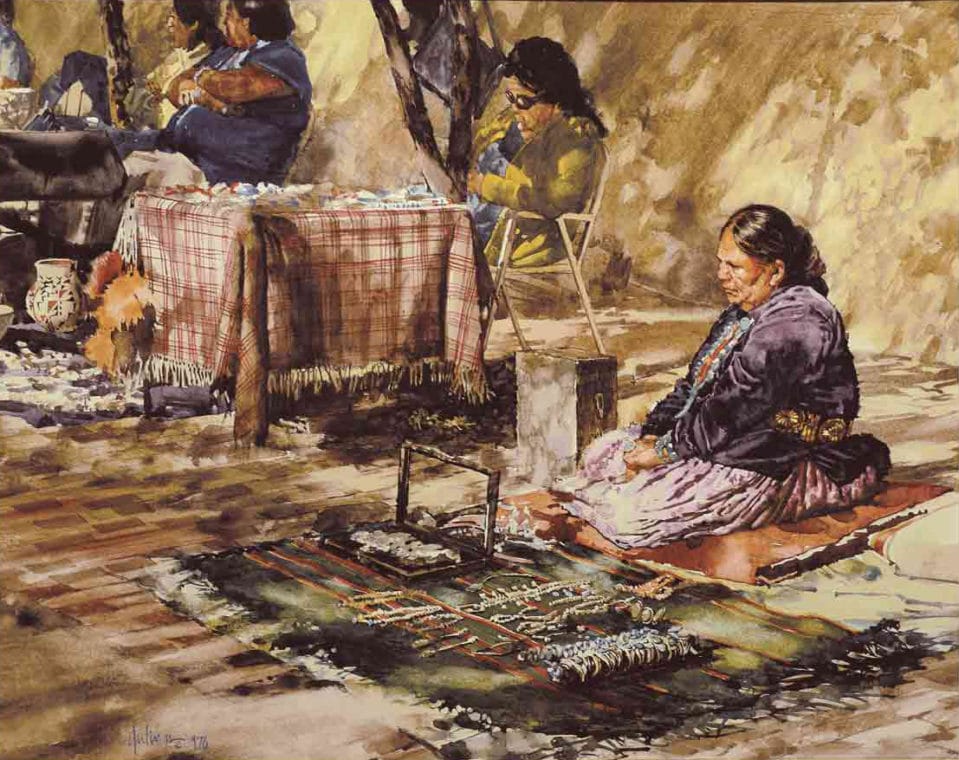 That Time of Year in Santa Fe

It’s been 96 years since the first Indian Fair was held in Santa Fe, New Mexico. Over the course of the last century the event has taken different forms, been managed by different groups, and had a few short hiatuses, but Santa Fe Indian Market® has now grown into one of the largest art fairs in the world. It is THE largest juried Native American show of its kind, showcasing the work of 1,000 artists from more than 200 US and Canadian tribes. The City of Santa Fe has a population of just under 70,000. Every August more than 100,000 visitors descend upon it to celebrate, buy, and sell Native American art.

The quality of work is even more staggering than the amount of it presented, and the economic impact for the City and participating artists is hard to overestimate. Many of the artists take home more than half of their annual income from these three days in August, and a best of show award can be the catalyst for a quantum leap in its creator’s career. Total revenue is estimated to be as high as $80 million per year.

When my father painted this watercolor in 1976, Indian Market was still a small enough affair that artists could just show up in the morning, put down a blanket or pop open a folding table, and place their work on a section of the plaza. Nowadays all the narrow downtown streets are lined with booths, some of them co-op booths, licenses and permits must be obtained from the City, the Southwestern Association for Indian Arts manages the behemoth operation, and winning pieces — pots, kachinas, baskets sculpture, jewelry, fetishes, rugs, beadwork, drums, etc., etc. — are decorated with their prize ribbons. Prospective buyers fight over those pieces, but rarely does anyone take anything home until Sunday afternoon, because the artists want to display them prominently!

Note that, while my father’s depiction represents a much lower-key era, the woman in the foreground does has a portable safe with her. Never underestimate the Native American artist. Not only is their work terrific, so is their business acumen.

Update: Indian Market is one of three Hulings paintings at auction on November 3, 2017 at Heritage Auctions in Dallas, TX.