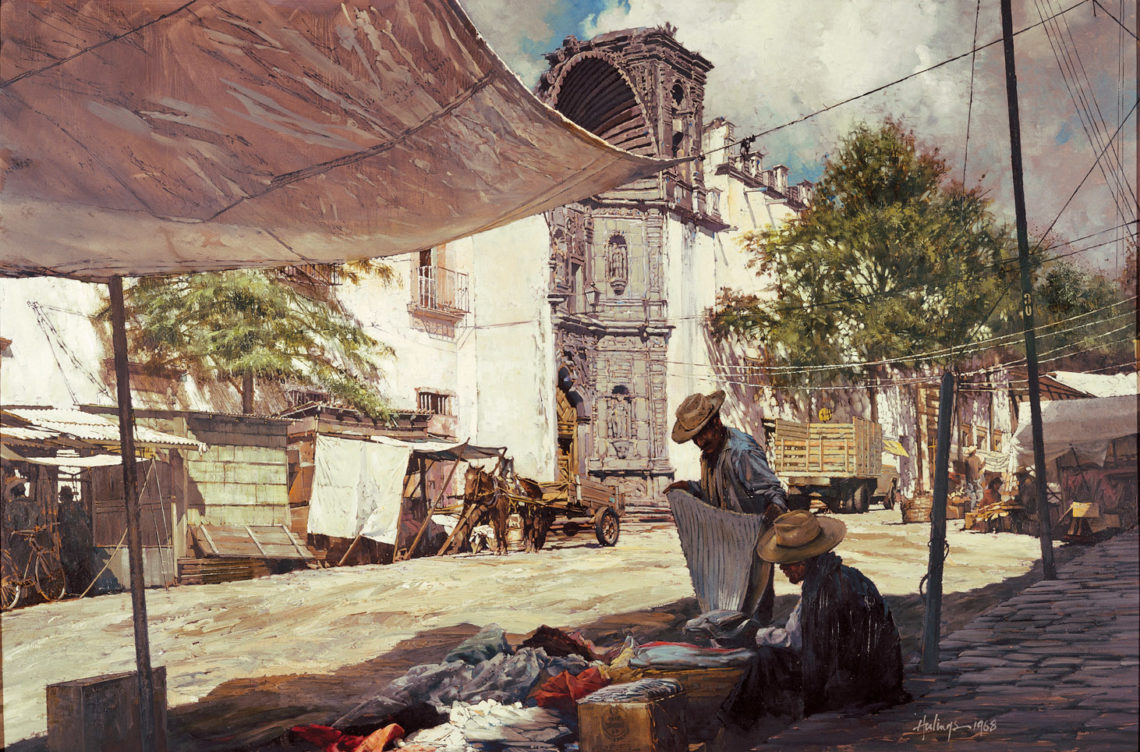 JULY 13 Update. After this post was published, we received an email about it that I wanted to share.

“It is interesting to see the article you sent out recently titled “Don’t Paint That.” In the last paragraph, it is mentioned about a customer coming into the Grand Central Station and pointing to a painting that was leaning against something and saying,  ‘I want to purchase that painting.’ The painting was the Cathedrel in San Miguel Allende in Mexico.  The customer was my late sister.  I understand this was also recorded in your father’s journal.

I have since inherited the painting which we treasure very much. We enjoy reading all about your father’s paintings and the stories of where and how they were created. It is also nice to have a pleasant memory of my sister and the story connected with the painting.”

I was interviewed recently by Carolyn Edlund of Artsy Shark and Arts Business Institute about strategies artists can employ to deal with rejection. (You can read that short interview here). In the interview, I mentioned a story my father told about how he got his first gallery representation. It’s such a terrific story that I wanted to share it with you in his own words:

“Back when I was an illustrator, yearning to become a full-time easel painter, I made a trip to Mexico at the invitation of an artist friend who lived there with his family. I visited Cuernavaca, Taxco, and San Miguel de Allende, where I sketched and took photographs. On my return, I did a series of paintings from that material and took them one by one, as they were finished, to Grand Central Art Galleries, the same Gallery I had often visited as a child with my father. I hoped that they would take me on.

The director must have thought I showed promise because his rebuffs were polite and he tried to guide me. ‘Don’t paint mules or burros, don’t paint laundry, because most pictures are bought by women, and women don’t like burros and don’t want laundry hanging in their living rooms.’ Or, ‘Don’t paint cathedrals. Only Catholics buy pictures of cathedrals, so you’re automatically limiting your market.’ And finally, ‘Don’t paint Mexico. We’ve never been able to sell pictures of Mexico.’

The advice didn’t take. A few weeks later, I delivered a painting like the one reproduced here. It showed a Mexican cathedral, a Mexican burro, and a whole clothesline full of Mexican laundry. While the director was patiently explaining to me once more why I shouldn’t be choosing these subjects, a customer of the gallery who had been hovering in the background asked if she could buy the painting. Thus, did I begin my first association with a gallery and at the same time learn a valuable lesson – always to paint what interests and inspires me and not to paint just what the prevailing wisdom maintains will sell.”

This excerpt can be found in Clark Hulings’ book Gallery of Paintings, which is available for purchase here.