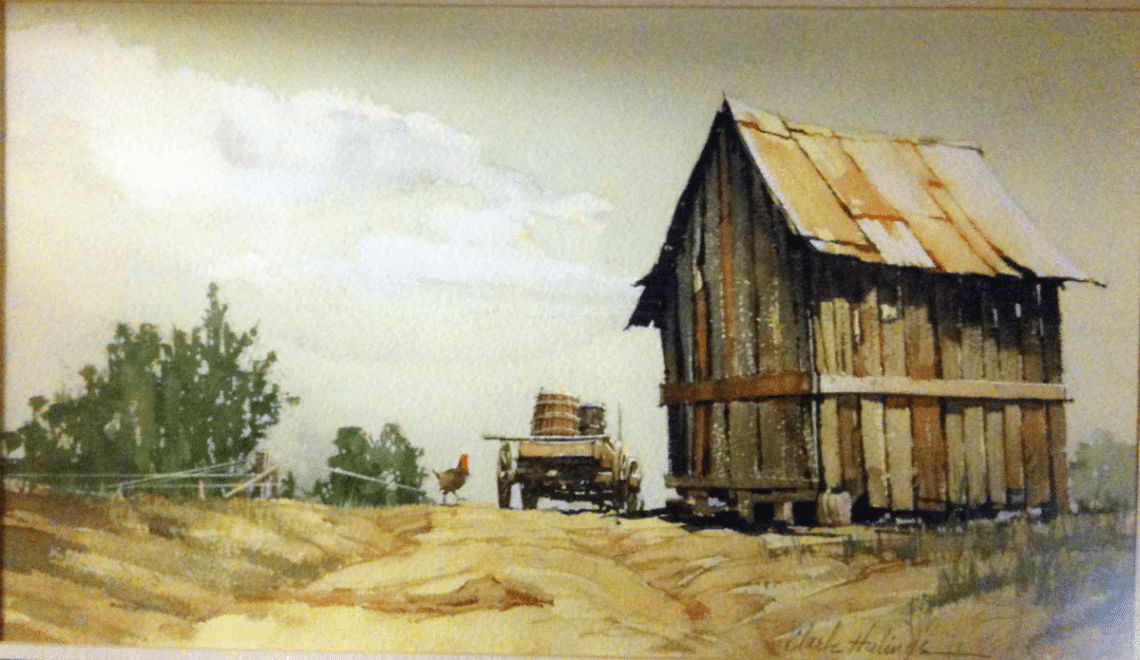 I love this little picture. It was done on-the-spot in rural Louisiana in 1962, and a dear friend from Baton Rouge purchased it. It now belongs to her daughter. At that time, right after returning from his long sojourn in Europe, my father was still painting a lot of watercolors, and he would paint en plein air in that medium. This little gem is watercolor on paper.

What I love about it is how the cabin and truck have so much personality – they are almost alive, and they steal the scene from the rooster. Questions abound, at least for me: did someone actually live in that one-room cabin? Does the owner also own the truck, or is it just driving by, away from the viewer? Same with the rooster – does it belong to the cabin? Where are the chickens that go with that rooster? The whole thing is such a time capsule.