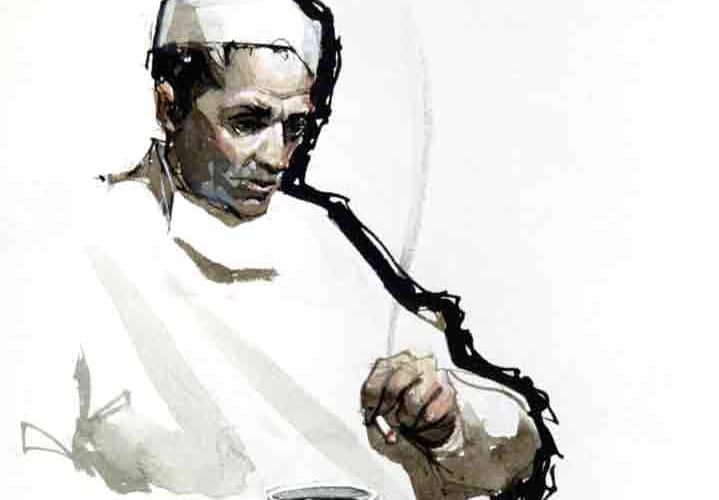 My Father spent the years 1958-1961 in Europe and North Africa, painting, studying etc. He purchased an Opel when he arrived in Germany, and took it as far North as the Arctic Circle, and as far South as the Sudan. In late 1959 he was driving in the countryside near Alexandria, Egypt when a construction worker flagged him down. Another of the workers had been seriously injured in an accident on the job and needed to go to the hospital. My father agreed to take him. They placed him in the passenger seat, and his colleague got into the back seat to navigate. The poor man died on the way to the hospital. 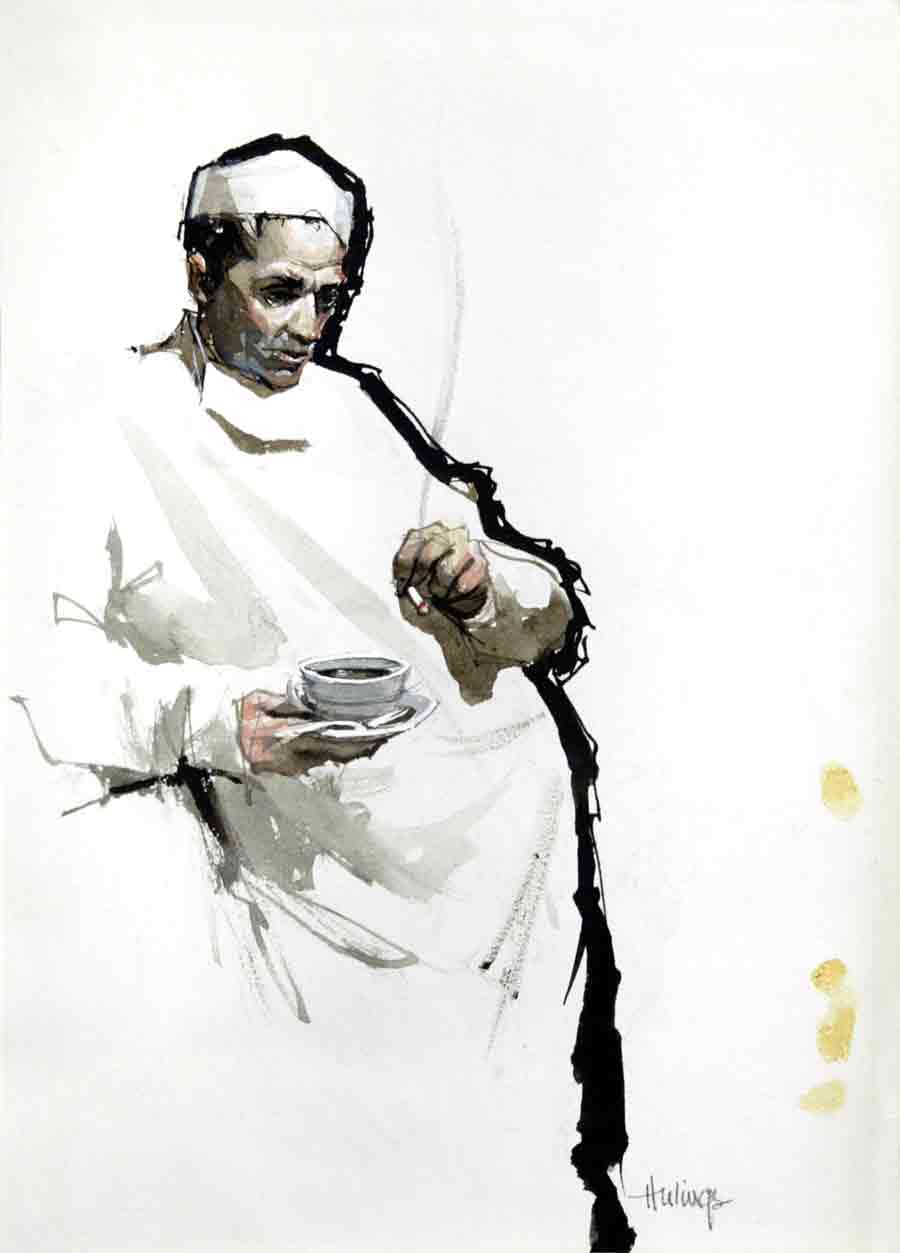 When they arrived, the navigator went to get hospital personnel and a gurney, leaving my father and the deceased worker waiting outside. Soon a crowd gathered. When they saw the German plates on the car, they started to stone it – with my father and the deceased man in it! Whether they assumed he had caused the man’s death, or the horrible memories of WWII were still so fresh that the sight of anything German was cause enough for a riot, I don’t know, but Clark Hulings certainly experienced some harrowing moments in that car before the worker emerged and explained the situation.

This painting is of a doctor in that hospital, taking a coffee and cigarette break. My father completed it on the spot while waiting to be interviewed by the police about how it was that a dead man had ended up in the front seat of his car and a mob had stoned him. I’m not sure I would’ve been in the frame of mind to do much of anything in that moment, let alone sketch in watercolor with a steady hand. I’m sure he was also smoking the whole time. It was 1959, remember…everybody smoked.