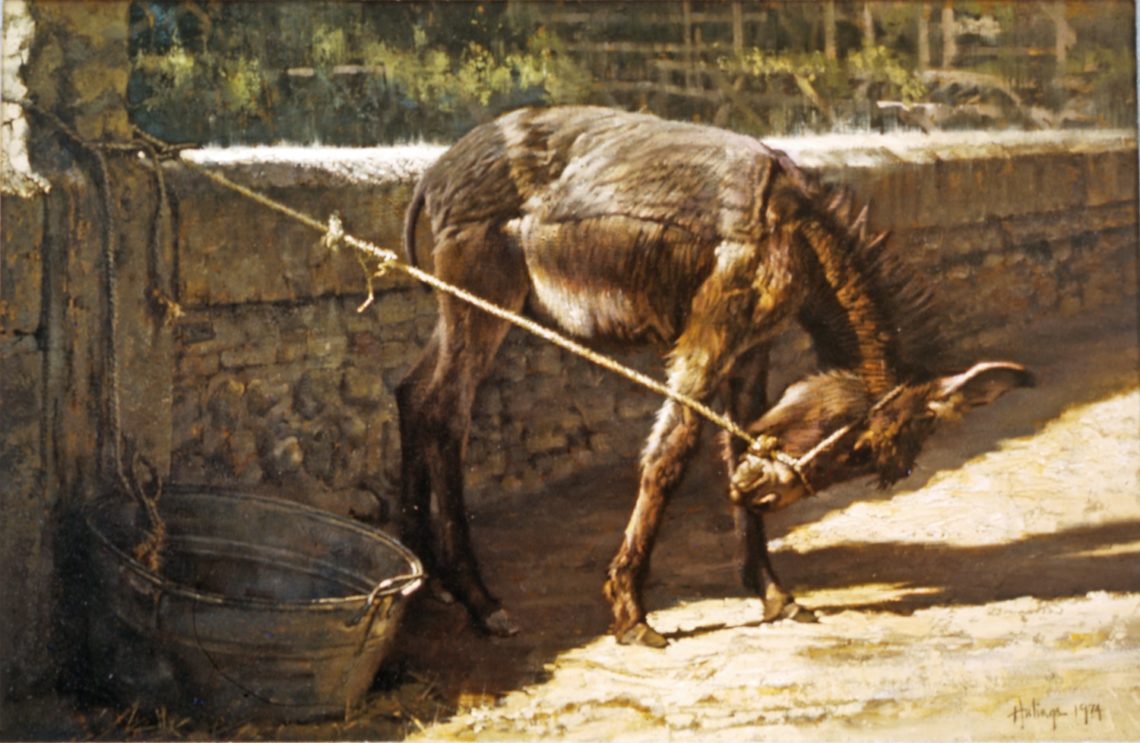 I say Burro, You Say Burrito…

1974 was probably my father’s most prolific year, and one of his best in terms of the quality of work he produced. He painted many donkeys that year, this being one of them. I have this really good image from a transparency, which has the title on it, written in felt-tipped pen on masking tape: “Burrito”. Easy, right?

Well, not so fast. There is no corresponding title in his sales log. There are “Southwest Donkey,” “Burro,” “Dignity,” and “Burro Under Willow.” There are also several others, but their titles either suggest additional compositional elements that rule them out, or else I know their whereabouts and have the titles matched to images and information already. I believe I have most of the solo donkeys accounted for as well.

So what about this guy, then? He is definitely a “burrito,” a “little donkey”. Beyond that, I’m not sure. Even though it’s a donkey, this is an unusual subject for my father to have painted because the animal is clearly upset. My father usually shied away from bluntly upsetting or violent material. Maybe he considered this petulance, I don’t know. It’s certainly a good example of his work.

If you know where this guy is, please help me solve this little mystery. My father kept very good records, but still there is much to be deciphered.