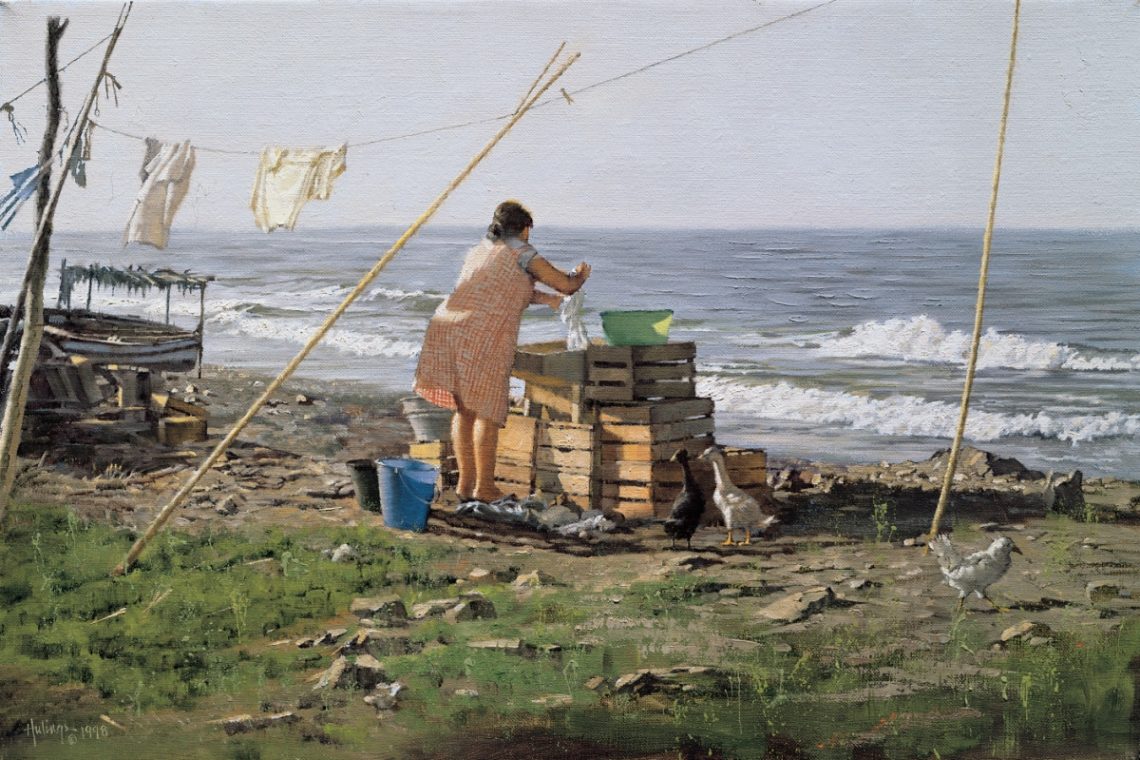 Clark Hulings spent the Spring of 1960 on the Southern coast of Spain. He had been traveling continuously for over two years by then, but he was still working hard on his painting skills, and not yet ready to head home. He took a room in the little beach town of Torremolinos, just down the road from Málaga, and picked up his routine, which he describes in a letter to his parents: “My daily schedule is still the same – up at 7, have breakfast, study, write letters, every other day have a lesson, begin painting around 10:00 AM & work until 8:00 PM with a two hour break for lunch.”

Clark in Spain: Remaining Aloof From the Expats

The study and lessons to which he refers were meant to improve his Spanish. Aside from that, he was working very hard: “…I have been getting quite a bit of work done. Although I eat regularly in a small restaurant which is frequented by many Englishmen & Americans, I have purposely remained aloof because as soon as I make friends I will be tempted to spend too much time away from my work. For some reason I don’t feel lonely as I did in Turkey & Egypt, etc. As a matter of fact, the days are not long enough. I’m going to have to sleep less.”

Torremolinos was already a tourist attraction in 1960, but nothing to what it has now become, with its high-rise resorts, British expats and streams of visitors. My father painted this picture in 1998 from old slides and his memory. As usual, he makes a striking point about the costs and benefits of “progress,” and the ways in which the conveniences we invent to improve our lives can remove us from the beauty with which we were once surrounded.

Progress: Electric Washer & No View of the Sea

About this painting he wrote: “Her granddaughter no doubt now lives inland with an electric washer and dryer and no view of the sea.” By the summer of 1961 my father was heading back to the United States, where he launched his easel-painting career. Just a few years later he was accepted at Grand Central Art Galleries in New York, and things really took off from there. But in 1960 he was still putting the pieces together for himself. “I have been playing around with various ideas – mostly producing failures but occasionally I do one in conventional style with the thought of giving something to sell.”

Torremolinos, Once was originally offered on the opening of his 1999 sold-out one-man show at Nedra Matteucci Galleries. Now it will be offered again, this time through the Scottsdale Art Auction.