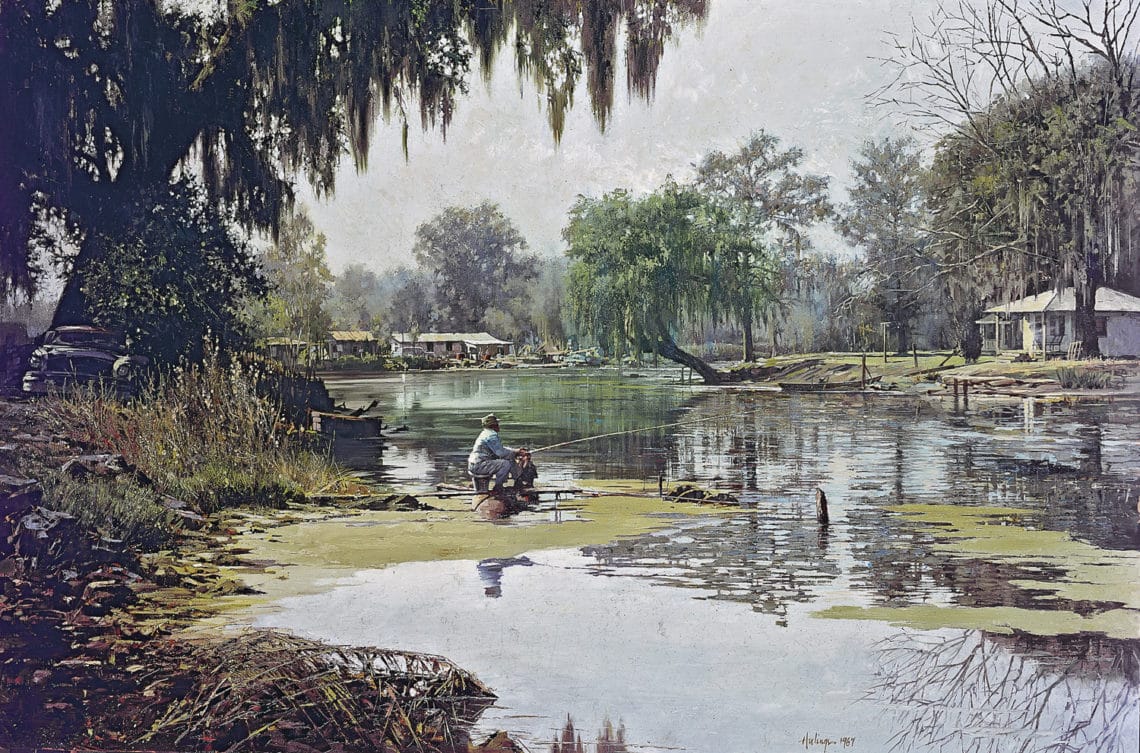 Fishing The Day Away

My father spent a lot of time exploring Southern Louisiana in search of subject matter during the 40’s, 50’s and 60’s. He would go out with his friend, Steele Burden, who knew the whole state like the back of his hand, and he would paint from life and take hundreds of photographs. This painting was done in 1967, from material gathered during one such visit. Here’s his description about the woman in this scene.

“While wandering around the canals in the swamp area west of Baton Rouge, I watched this lady and her companion, around the bend nearby, fishing. I was there painting all day and I never saw them catch a fish, but I saw them periodically visit a giant new Cadillac automobile and extract beer from an ice chest in the trunk. That house across the street is actually a barbershop, and the barber told me the story of these two women.

“They were sisters who lived on a little patch of land which had been deeded to their grandfather when he was freed after the Civil War. Recently oil had been struck there, and they were paid a lump sum (the Cadillac) and a small monthly stipend for their share of the oil taken from the pool under the area.

“They quit tending their truck garden and they quit their menial jobs. From then on, they fished. They had prestige (the Cadillac) and leisure, and they lived within their means in their own world. Seldom has ‘easy-come’ money been so wisely used.”